This section presents actions undertaken by Designing Hope and The Ivory Foundation in Africa, where vegetable produced in gardens are used for the preparation of meals distributed to socially disadvantaged individuals or groups of individuals. 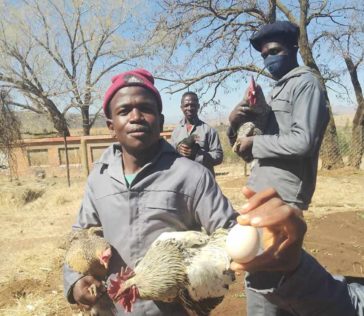 The farm’s 20 native hens produce a good quantity of eggs, enough to provide a food supplement for the youngs. Associating small-scale animal husbandry with gardening is important for the economic balance of the St Monica educational farm in Leribe. … Read More 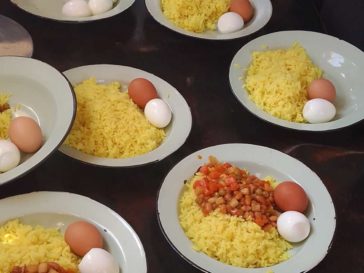 Roosbom’s “Half Way House” has adapted its functionning to the sanitary measures implemented in South Africa. A non-contact thermometer was purchased to check the children’s temperature before entering the center. The children can still benefit from a complete and healthy … Read More 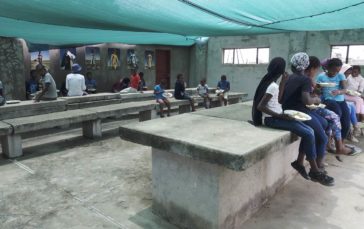 Today, on the menu, a vegetable and spinach sauce from the garden and an egg from the henhouse to accompany the rice! The youth could enjoy their lunch in the open space “Thebe Magugu”, the South African creator and sponsor … Read More 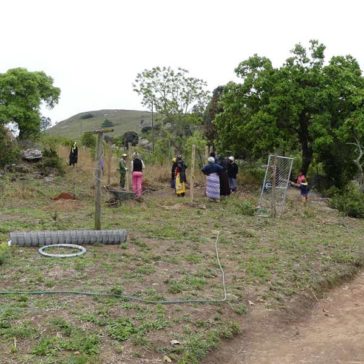 The women of Fundzisa Live installed the first garden of the “One House One Garden” program. 25 beneficiaries have been identified and will be offered a 25m2 plot of land allowing them to develop a vegetable garden protected from raving … Read More 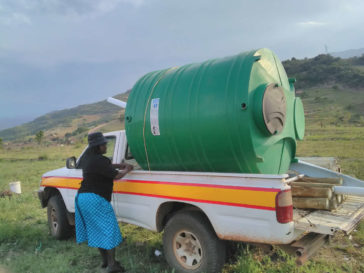 The women of Fundzisa Live have installed their second garden of the “One House One Garden” program. 25 beneficiaries have been identified and will be offered an enclosed garden of 25m2 allowing them to develop a vegetable garden protected from … Read More 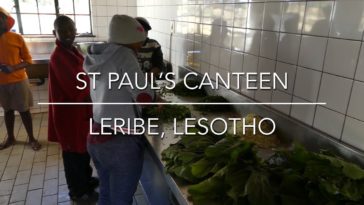 The garden of the school for deaf and hard of hearing children from St Paul to Leribe provides the canteen with fresh vegetables, which serve as an essential complement to the preparation of meals. 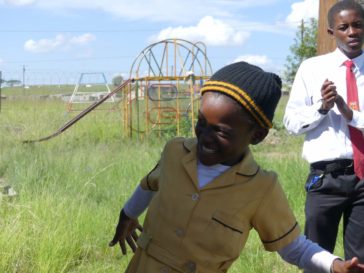 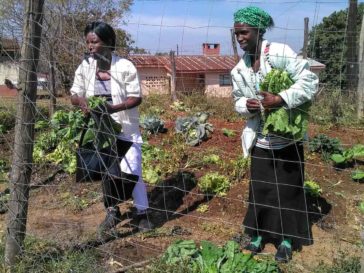 The beneficiaries of the Piggs Peak Patient Support Program were selected on medical and social criteria. A large proportion are women, as they still make up the majority of people on HIV treatment (women are required to be screened during … Read More 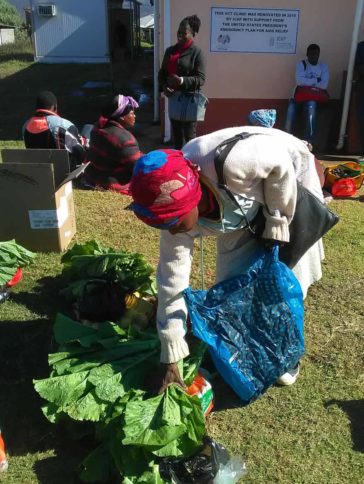 This month, Macambeni Garden’s production was used to distribute peppers and spinach to patients at Piggs Peak Hospital, in addition to basics purchased from the supermarket and local producers. 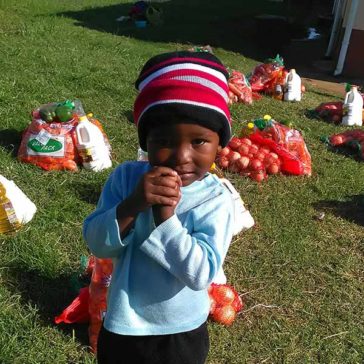 Since 2005, Dessine l’Espoir has been supporting HIV-positive patients at Piggs Peak Hospital. For 13 years, the association has been distributing with the local relay of Fundzisa Live, snacks (sandwich and fruit) to the HIV patients of the hospital during … Read More 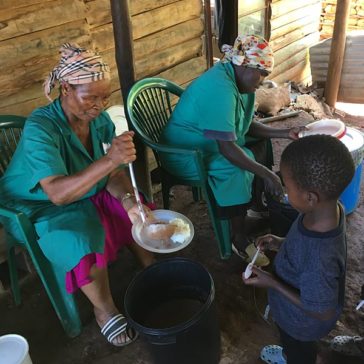 One of the goals of the Macambeni Garden is to provide fresh vegetables to complement the meals served to children at the Orphan Day Care Center in this disadvantaged neighborhood. Elderly women in the neighborhood are in charge of preparing … Read More 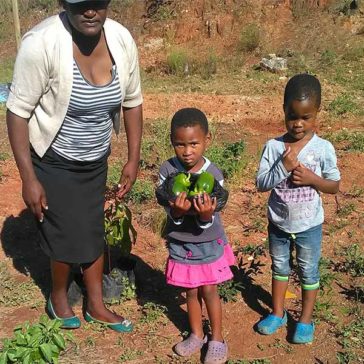 The first harvest of peppers from the Macambeni Garden was offered to the Macambeni day care center in charge of the neighborhood orphans. Designing Hope and Fundzisa Live started the Macambeni garden with 2 objectives: – Provide vegetable for the … Read More 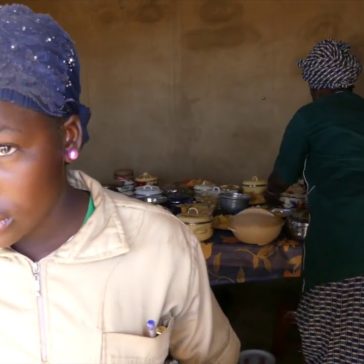 One of the main goals of Yagma Garden is to produce fresh vegetables for the daily meals at the canteen. 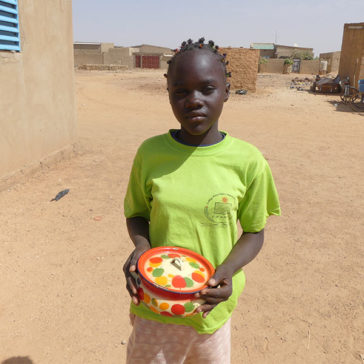 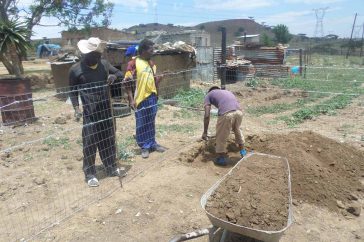 In the context of the One House One Garden project, the occupants of the Half Way House helped during the construction of the new garden. Fencing, manpower and knowledge in permaculture, every month Designing Hope allows the establishment of a … Read More 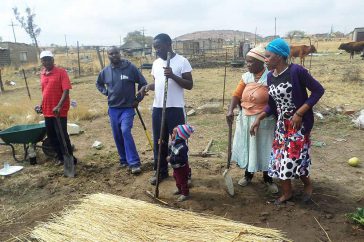 As part of the “One House One Garden” program, Roosboom’s gardeners have set up a new garden on the outskirts of the center. Cardboard was used in addition to carbonaceous organic matter to compensate for the lack of branches and … Read More 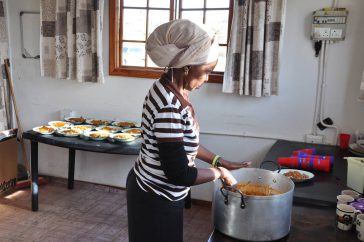 Daily, the women in charge of the Roosboom halfway house prepare meals for the children. Vegetables from the garden are used to cook the dishes. 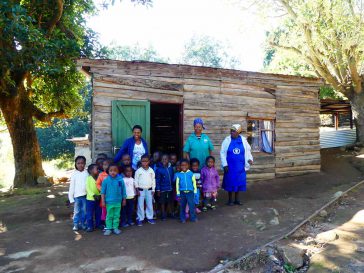 Macambeni is the name of one of the most disadvantaged districts of Piggs Peak, a city in which Dessine l’Espoir has been developing activities since 2005.In 2017, the city hall of Piggs Peak has given to the association, the management … Read More 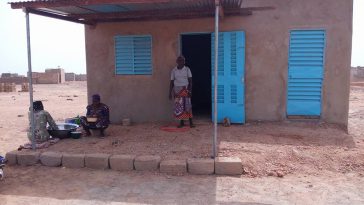 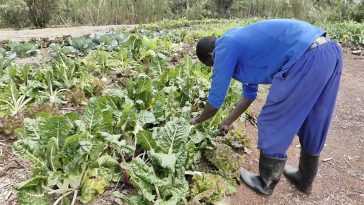 Since 2012, Designing Hope develops permaculture garden in Southern Africa, to help population becoming self sufficient. This video presents a garden in the isolated village of Bulembu, hosting an orphanage. This garden, developed by a team of 6 women trained … Read More 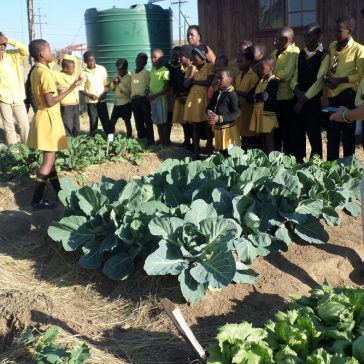 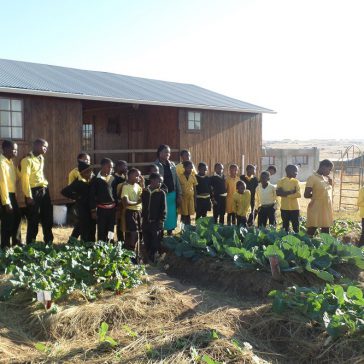 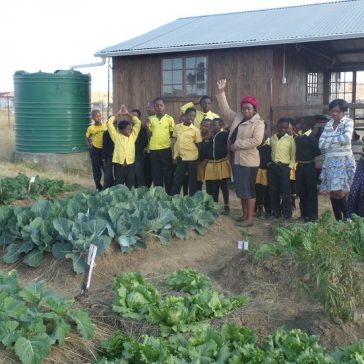 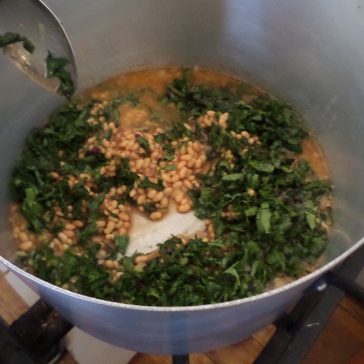 Children can enjoy every day a hot meal that uses some fresh vegetables they grow in the pilot garden. 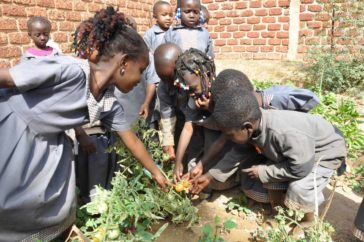 In Koudougou, the Laafi Garden, made with the support of the APAF takes shape! 12 women from an association of HIV affected women , supported since 2011 by Dessine l’Espoir, operates this plot located on the land of the laafi … Read More